When the owners first bought La Rive in 1993, it was barely recognisable from what it has become today.
They spent the better part of 2 years renovating and developing their dream Winelands home before completion by Easter 1995.

Today, La Rive has been transformed into an incredibly warm and homely villa that resembles a marriage of colonial English and traditional Afrikaans / Dutch heritage. The sounds of water from various features around the grounds will transport you to a tranquil hideaway just off Franschhoek’s Main Road. Considering it’s only a block off this road, you’ll be amazed that you can’t see any forms of human habitation from all parts of the garden, swimming pool and outside verandahs.

A marvelously eclectic mix of Victorian, Cape Dutch and Georgian architecture and furniture, as well as numerous pieces from famous South African artists such as
Neil Rodger, Gregoire Boonzaier, Edward Wolfe and Dylan Lewis on display, illustrates the owner’s passion for art collecting.
He adds, “It’s how I imagined the house would have evolved if the family who built it had lived here forever.”

Step outside onto the spacious, airy patios and marvel at the sights before you. An inviting swimming pool will provide you with a refreshing respite from Franschhoek’s hot summer days and if you were to venture further, you would stumble upon an enchanted, lush garden that could very well be the one from Frances Hodgson Burnett’s “The Secret Garden”. With numerous paths leading to various alcoves, benches and lawns, you’ll be able to disappear for some quiet time, meditation, or even a romantic moment.

Each room has a personality and character of its own, and no two of the antique bedside tables are alike. A live-in chef and butler will provide you with 5-star continental breakfast and world class service, complete with all the luxuries and amenities one would expect from a villa like this.

The property is also available to be rented out for small scale weddings and photo shoots, the backdrops and gardens providing the perfect setting for either. 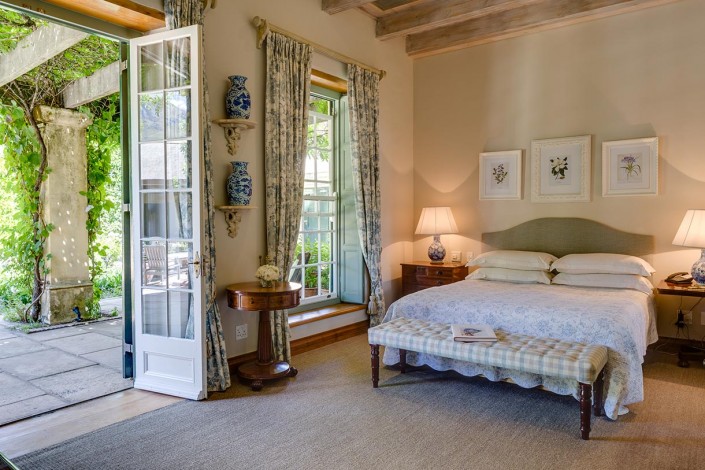 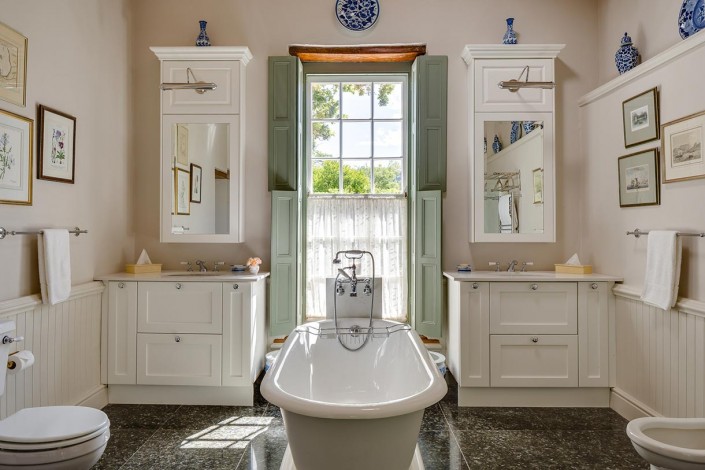 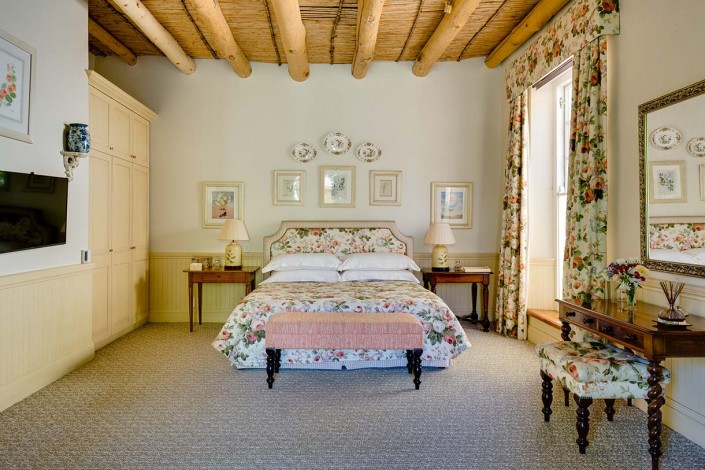 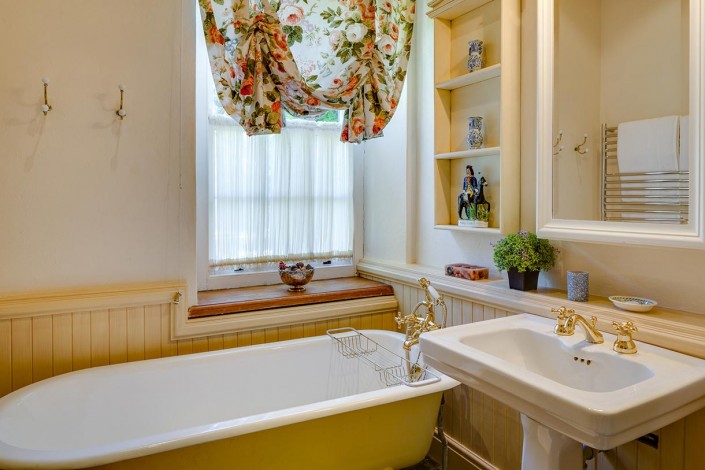